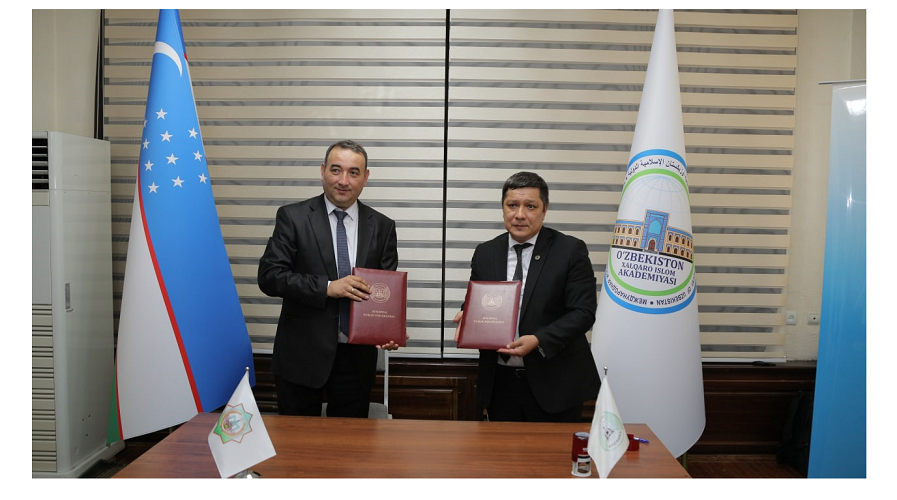 In order to study and widely promote the rich heritage left to mankind by the doctor, scientist and philosopher Abu Ali ibn Sino, who made an invaluable contribution to world medicine, the education of our compatriots, and especially Uzbekistan’ Youth, on the basis of his spiritual and educational heritage, wide acquaintance with this universal heritage of foreign citizens, Avicenna Public Foundation together with the Islamic History Research Center, Arts and Culture (IRCICA) and the Center of Islamic Civilization in Uzbekistan organized and held an international scientific conference on the theme "The legacy of Abu Ali ibn Sina: the Eastern and Western scientists’ approaches".

Director of the Center for Islamic Civilization in Uzbekistan Sh. Minovarov, First Deputy Minister of Health of the Republic of Uzbekistan A. Inoyatov, Director General of the Research Center for the Study of Islamic History, Culture and Art (IRCICA) Prof. Dr. Mahmud Erol Kilich and Chairman of the Board of Avicenna Public Foundation N. Mahmudov addressed to the participants of the Event with greetings and welcoming speeches.

After the greetings and the official opening ceremony of the International Conference, the advisor of Avicenna Foundation - Academician Usmonkhodjaev Abdukarim recited the epic "Abu Ali ibn Sino" by heart.

Then, a memorandum of cooperation was signed between Avicenna Public Foundation and the Tashkent branch of Moscow State University named after Lomonosov. The purpose of which was to develop scientific and cultural cooperation and educate young people in the spirit of patriotism, pride by scientists -thinkers of the Medieval East, who made an invaluable contribution to the development of Civilization and Humanity.

21 scientific reports were devoted to the works and research of the great scientist-thinker Abu Ali ibn Sina, who made an incomparable contribution to the development of world science, in particular, medicine, natural science, astronomy, mathematics, music, ethics, literature.

To participate in the international scientific and educational conference on the theme "The legacy of Abu Ali ibn Sina: Eastern and Western scientists’ approaches", the Agency for Youth Affairs of the Republic of Uzbekistan and the Milliy Tiklansh DPU, their territorial divisions, the Ministry of Health of Uzbekistan and specialized medical centers, the leadership and representatives of universities were engaged, and scientists, experts, publicists, public, media – were invited

In accordance with the Address of the he...

The Child Rights Ombudsperson, together with the Oliy Majlis and UNICEF, has held a roundt...

WHO urges governments to promote healthy...

According to WHO, consuming a healthy diet from pre-birth to the last days of life is vita...

The Parliamentary Commission for the Management of Funds of the Public Fund for Supporting...